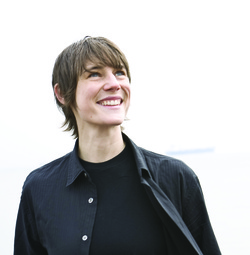 There’s just something about Ellis. She is at once funny and wise, thoughtful and uninhibited,
and her captivating voice is matched by her uplifting lyrics. After her recent appearance on A
Prairie Home Companion, Ellis’ music charted in the Folk Top 100 in iTunes and Folk Top 20 on
Amazon.com.

She has also received hundreds of messages from strangers including, "you exude pure
joy", "I heard you and fell in love" and “I was stopped in my tracks by your music and captivating
laugh” as well as "Yours is a voice we all need to hear.” Ellis’ performances are transformational;
she leaves her audiences better than she finds them, with softened edges & opened hearts.

A winner of several awards and honors, Ellis has been recognized both for her songwriting skillsas well as her engaging performances. Many folk festivals have “audience choice” awards, and Ellis has claimed those honors at Falcon Ridge Folk Festival, Moab Folk Festival, and Sisters Folk Festival. She also won the Midwest Mountain Stage New Song Contest (US) in 2011 and the award for the Just Plain Folks (International) Best Female Singer Songwriter Album in 2009.